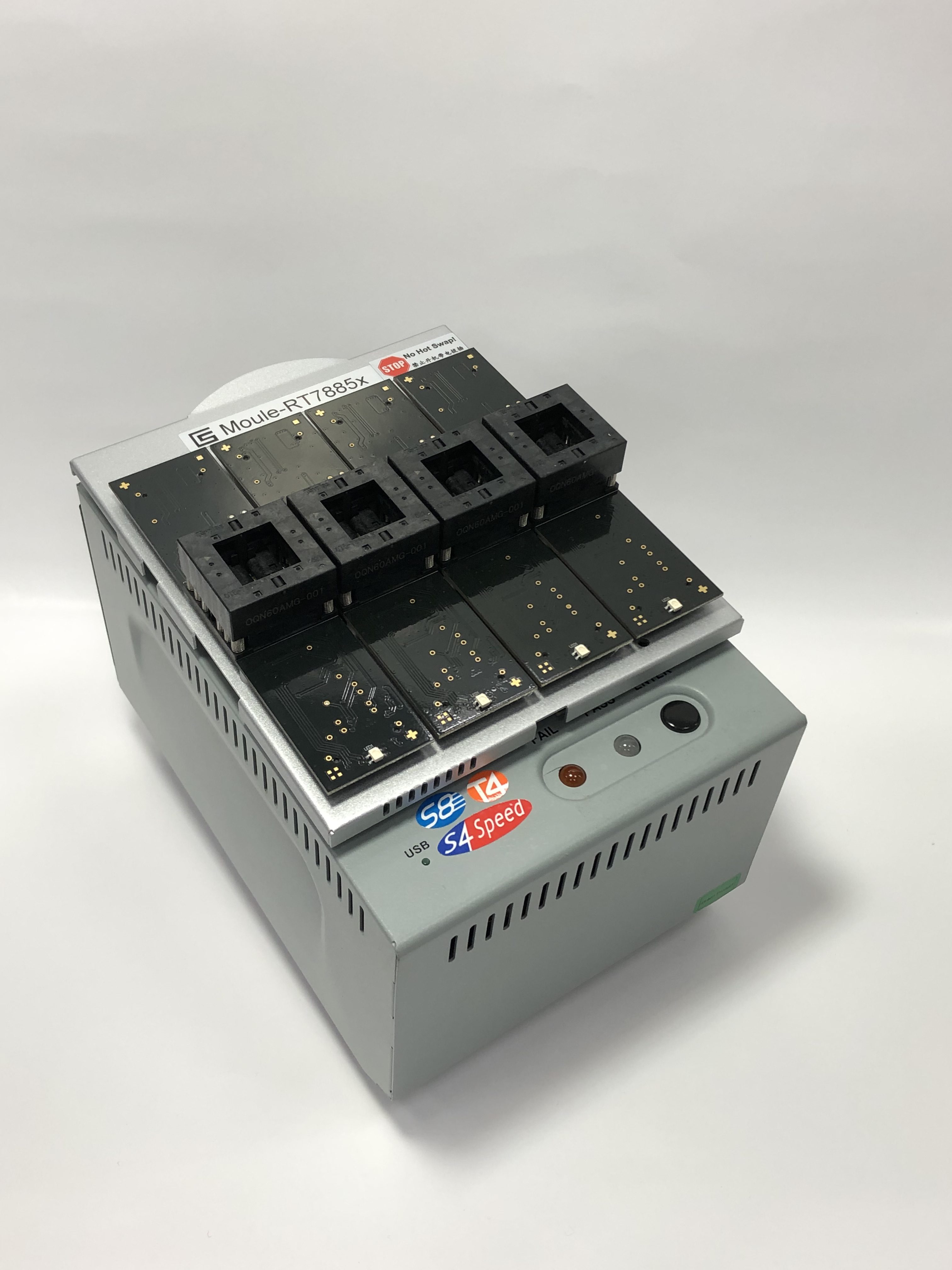 The T9200+ device programmer is the ideal system for users who want to program EPROM, EEPROM, FLASH, NAND- and NOR-Flash, SPI Flash, emmc and microcontrollers. Logic devices such als PLD, CPLD and FPGA are not supported by standard, but can be included also later as an option. T9200+ by standard offers 112 universal pin drivers and an integrated RAM buffer. Programming capacities can easily be extended by adding further programmers via USB connection and USB hub with 4 slots.

Comprehensive user software:
The PUI software contains task management software to create pre-defined programming jobs (tasks), task version control and password protection (administrator and operator mode). The software offers any possibilities and information to configure and save tasks including serialization and comprehensive statistics administration. Created tasks can be used in APxxx automated systems, as well as in manual models T9x00(+).

S4 socket boards enhance programming throughput by 4 times:
The 4-site S4 socket boards allow to program 4 devices at a time and thus significantly increase throughput. Also serial numbering is possible for up to 4 devices each with its own serial number. For NAND flash devices, its isolated circuitries for each socket enable independent Bad Block management for each device, which ensures the highest yields as well as the highest programming reliability.

Maximum flexibility and cost savings using the new T4 socket boards:
T4 socket boards’ new architecture increases the programming speed considerably and can raise throughput by up to 5x; considering the ever growing memory sizes of MCUs, this can bring a considerable advantage. With their flexible design they can be used with 1, 2, 3 or 4 sockets, which allows for maximum flexibility in throughput and lowest cost possible – from prototyping to mass production. Also serial numbering is possible for up to 4 devices each with its own serial number.

And as with any System General equipment, you receive maximum flexibility at minimum cost:
Most current programming algorithms are provided free of charge for download about every six weeks. Sockets with receptacles are not proprietary. New algorithm development is free of charge. True universal programmers. Socket boards can be used on manual programmers as well as on automated APxxx programming systems. 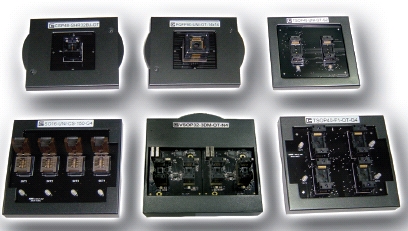